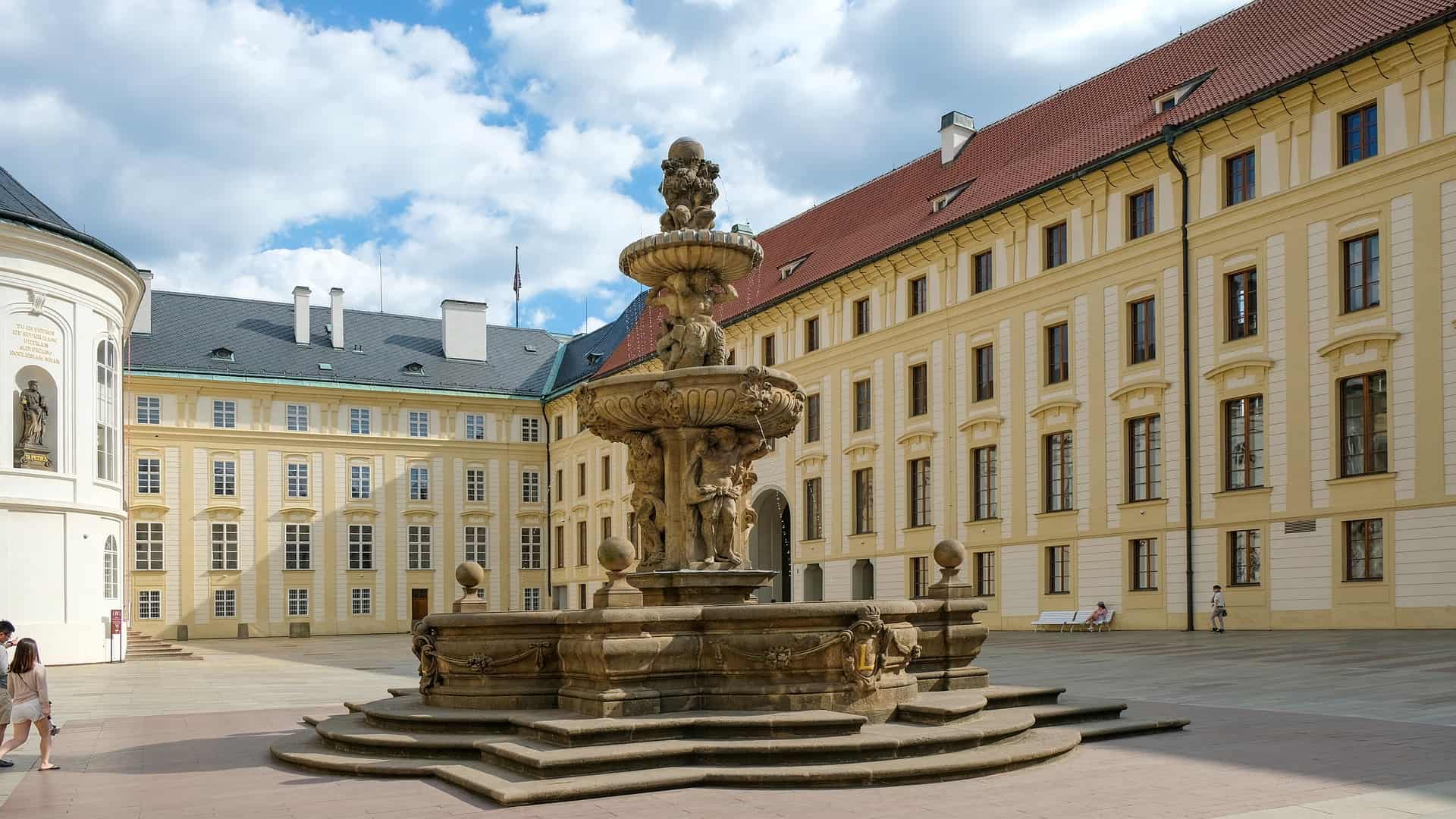 Prague Castle is an ancient symbol of the Czech State, the most significant Czech monument and one of the most important cultural institutions in the Czech Republic. The Castle was most likely founded in around 880. According to the Guinness Book of World Records, Prague Castle is the largest coherent castle complex in the world, with an area of almost 70,000 m².

St. Vitus Cathedral is the largest and the most important temple in Prague. Apart from religious services, coronations of Czech kings and queens also took place here. The cathedral is a place of burial of several patron saints, sovereigns, noblemen and archbishops.

St. George's Basilica originated as the second church at Prague Castle. Only parts of the building, founded about 920 by Prince Vratislav I have been preserved. When the convent of Benedictine nuns was founded in 973, the church was enlarged and reconstructed.

Rosenberg Palace was bulit by the Rosenberg family between 1545 and 1574 and became the property of the emperor Rudolf II in 1600. It remained in its original form till the 18th century, when it was radically rebuilt to house the Institute of Noblewomen.

Thank you! Your submission has been received!
Oops! Something went wrong while submitting the form.